His music is a fusion of Funk, Pop, World, Rock. After arriving in Dubai in 2000 Bull Funk Zoo successfully toured the UAE. Independently composing, producing, writing & performing his last 4 albums. The 'Down & Dirty' release was nominated for the Independent Music Awards in New York 2019 for best Rock album, since the pandemic Assaad has built his own analog studio to continue the musical journey of Bull funk zoo and engage with a bigger audience with Bull Funk Studios

“the highest rated album by an unsigned artist in the region”. Album Dangerous Radio composed, produced,      engineered and performed.

"Down & Dirty" has also been nominated for best rock/hard rock album of 2019 at the Independent Music Awards in New York.

BULL FUNK ZOO Exploded on to the Dubai scene with his band. Opening for Sting, Sade and more. Touring the region and playing at all the big time festivals in UAE

BIO - SOME FIRES JUST CAN'T BE PUT OUT

Graduating high school, he hopped on a plane to the US where he realized he was on his own, with a world of opportunity at his feet. Studying and pumping gas to buy his first guitar, Assaad made the acquaintance of some old school punk rockers, who were the very personification of everything he had aspired to be; they were as rock n roll as they come!

BFZ made his musical bones playing with every conceivable kind of musician, band, genre during his time in the U.S. until moving back to Dubai in 2000, where he continued to experiment with different types of music and defining his own sound. He founded the ‘Abstrakt Collision’, and worked with some of the region’s hottest numbers as a session guitarist.

BFZ released his debut self titled album in 2013 to critical acclaim from the likes of Rolling Stone ME, who dubbed it as, “the highest rated album by an unsigned artist in the region”. He followed it up with his second album, ‘Dangerous Radio’, which he composed, produced, engineered and performed. He remains, by all accounts, one of the hardest working musicians out there and he continues to pursue his ultimate goal, “It’s the final frontier. Touring, traveling the world, and playing kick ass music! It doesn’t   get any better than that!”

BFZ’s work has earned him multiple nominations in the UAE and the US. Most notably ‘Abstrakt Collision’s’ nomination in the experimental category for the track, ‘Amerika’ and his debut album’s nomination in the rock category at the International Music Awards (IMA), with the track ‘Oblivion’ as best rock song of 2014. His latest album "Down & Dirty" has also been nominated for best rock/hard rock album of 2019 at the Independent Music Awards in New York.

Bull Funk Zoo 'Whiskey' live at Beats On The Beach 2016 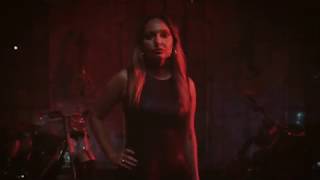 The new album is coming out soon! Here is a promo video of the new single 'She Looks So fine'